Depends on what you are trying to kill. For Scorpions and Spiders Onslaught provides great control. It contains Piperonyl Butoxcide which in essence makes the formula stronger.

For general pest control, such as cockroaches, most species of non invasive ants, centipedes, spiders, etc, Demand CS gives longer control, up to 4 months. It also will leave less of a residue and have less of an odor since it mixes at a really low rate.

The most important aspect of pest control is just that - controlling pests. There is no 1 time spray cure-all. Most of the time professional pest control companies will rotate their usage of pesticides to try and minimize insect resistance or what some people called "immunity" towards insecticides. So basically, these chemicals are used in "rotation" and switched between applications. That's how you get the best control. Keep the bugs guessing what you are using.

As far as the best overall? Onslaught Fastcap is a favorite. 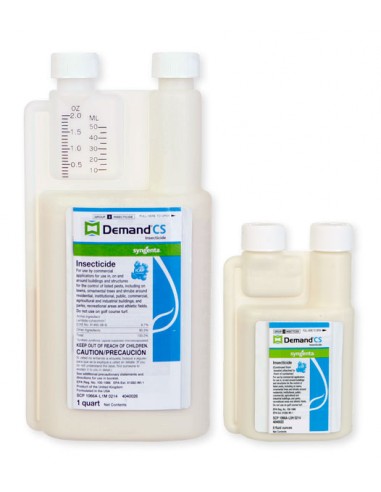