No, moles eat earthworms and grubs. Gophers eat seeds. This product is seed based and moles won't eat it.

How do I tell if I have a gopher or a mole?

Gophers and moles are very different. Gophers resemble small squirrels and are usually very easy to see. They are visible during the day and can sometimes be seen running around. They also will dig a hole straight down and the area above the hole can be raised somewhat.

Moles on the other hand are much more nocturnal. They don't like daylight and will usually hide out during the day. They are much smaller than gophers and in most cases have a pointed snout. They dig a hole at an angle and the dirt is scattered on one side of the hole, and usually has a "fan" shape to it.

If you don't know what you are dealing with, using a smoke bomb such as the Giant Destroyer Smoke Bomb can run them out of the holes so that you get a look at them. This bomb does not kill them but is a "scatter" device. They run from it. If you are fast enough, you can kill them when they exit their tunnels. https://www.epestcontrol.com/pest-products/697-2307-Giant-Destroyer-Smoke-Bomb.
html 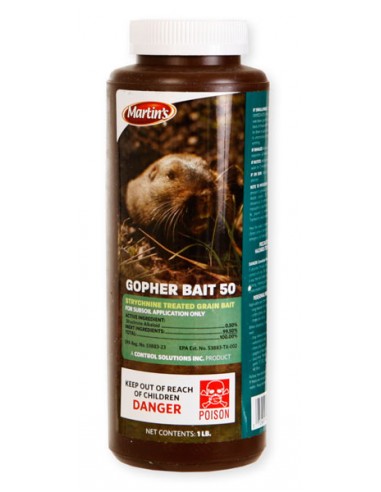