Big black bug flew into bedroom and is stilll there.

Two nights ago, I was awakened during the night by a soft repetitive “ping” sound coming from the area outside my bedroom. Since I grew up in the country and was used to hearing insedts at night I thought it might be an insect, but dismissed the idea because I live in an apartment 5 stories above the ground. I turned on my bedside lamp looked around and went back to sleep. Later I was awakened once again by a very large black insect flying around the ceiling. I jumped out of bed and it took a dive toward me but I waved my arms and it flew across the room and fell behind my 8 foot bookcases. I didn’t get a really good look at it. It obviously had wings and I estimate that it was about 3 inches long. I haven’t slept in that room since, and keep the door closed.

A few weeks ago I had some new plumbing installed in my bathroom and the wall tiles were removed for 3 days. When the plumbers left, he next day I found a huge orange insect on the shower curtain and killed it with difficulty. I think it was a roach. Perhaps the black creature came in the same way?

What can I do? Is there something that will kill this mystery bug? I would appreciate your help. I'lm an ancient lady who has discovered that she is afraid of bugs.
Status: Open    Mar 26, 2019 - 08:33 AM

The black flying bug sounds like a large fly, maybe what is called a "horse fly". The best thing to do is to use CB 80 and fog the area where you see it. This will knock it down and probably kill it. It could be a result of the plumbing work, but I have no way of knowing. The orange bug you are describing is probably going to remain a mystery. Hopefully you killed it. Next time take a picture and send it to me. 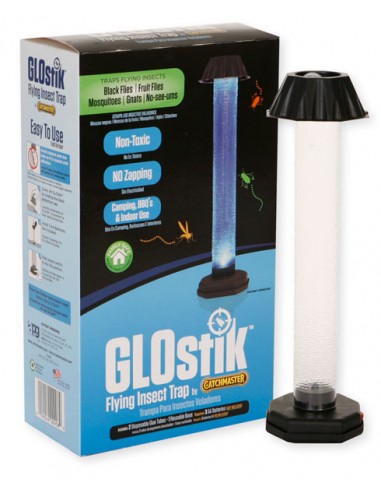